Monica Haley built her career in the entertainment industry as a producer, animation department manager and, more recently, an HR leader.

Shortly after joining Blur Studio in 2013, Monica helped the company better align its staff to the cyclical nature of its business creating animation and visual effects for games, movies and commercials.

Blur HR needs to ensure the right teams are onboard at the right times: fluctuating between 110 to 200 full-time and contract staff, depending on changing project needs. And Blur’s Los Angeles location adds to the complexity, as the labor pool tends to relocate in and out of the area often. Manually tracking address changes and syncing with the health insurance company is nearly a full-time job on its own.

When Monica first found Zenefits, her goal was to streamline the time and cost for benefits coverage. Today, she also relies on Zenefits’ Certified Broker Partner, One Digital, for counsel on benefits options and operations; she taps the built-in HR functions for onboarding, offer letters, document storage and reporting; and she used Zenefits’ integrations with recruiting and performance management tools, to support Blur’s growing staffing demands.

Building a studio within the studio? Easy as a few emails with Zenefits

Blur Studio is expanding its reach in visual storytelling through television and film. Its latest venture is with Netflix, where the studio created three short films, over 45 minutes of high-fidelity CG animation, for a new anthology series called Love, Death & Robots. “For animators, this is the greatest thing to happen to their careers: making edgy content on a huge platform like Netflix,” Monica said. “We have been flooded with applications. I hired 30 people in the first six weeks of the year alone. I use the Zenefits platform to track it all.”

As part of this rapid expansion, Blur set up a separate entity within its business, with separate tools, including Zenefits. “I gave Zenefits a heads up a few months in advance that we’d need a separate instance for this separate studio. It really only required a few emails and it was done,” said Monica.

"I feel sorry for other HR managers, because the stuff that consumes their days like COBRA and checking I-9s is something I handle in two clicks with Zenefits."

Love, Death & Robots is not the only big project on the horizon for Blur. With current work on the new Terminator movie and many other projects lining up, Blur is not waiting on the sidelines to prepare for even larger and more complex teams to come on board.

The entertainment industry is notorious for compliance issues around contractors and overtime, not to mention being the epicenter of the #MeToo allegations. Running a tight ship has kept Blur ahead of the issues riddling Hollywood these days, with tightened job classifications, NDAs, background checks, sexual harassment training and policies and more. Blur relies heavily on Zenefits to make it happen.

In addition, Monica finds increased efficiency in the people processes. “Because Zenefits integrates with my recruiting tool and includes features like alerts for new hires, I can hire in 5 minutes and offboard in 90 seconds. In fact, I recently on-boarded 20 people in only a few hours. My part-time HR assistant and I can cover what would take a team of four to do at another company.”

When she attends industry HR conferences to stay abreast of trends and best practices, Monica says: “I feel sorry for other HR managers, because the stuff that consumes their days like COBRA and checking I-9s is something I handle in two clicks with Zenefits. Without Zenefits, I wouldn’t still be here in this role. I love what I do now—focusing on the people and the strategies key to the company’s growth. And I love that Zenefits covers the rest.”

Agency EA is in the business of creating memorable experiences... 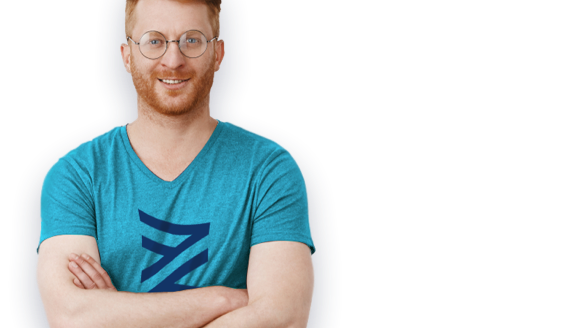 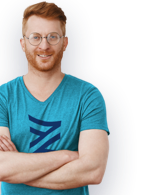 We're here to help!
Ask us anything, or schedule a customized demo.

Get familiar with the Platform by exploring your very own demo account.