Fair Chance Hiring: What It Is and How to Follow It There are nearly 70 million Americans with criminal records who struggle to get work because their past continues to haunt them. Those who were previously incarcerated have an unemployment rate of more than 27%. That’s much higher than the 3.5% unemployment rate for the United States at large as of September 2022.

Considering that those who have been incarcerated are disproportionately people of color, there’s a lot at stake — not only for those individuals who need to be able to earn a living in order to survive, but for the workforce as well.

If all of these people are kept out of jobs because of their criminal records, businesses are missing out on tons of potential talent. Plus, when it comes to diversity, equity, and inclusion efforts, it’s easy to see how hiring people despite their criminal records can make a major impact.

Here’s a crash course in what fair chance hiring is. We’ll look at how to be compliant with the laws on the books in your business’s location.

What are fair chance hiring laws for employers?

First, fair chance hiring laws vary from state to state, county to county, and city to city. But, in general, they place limits on the extent to which an employer can ask about and consider a candidate’s criminal background in their employment decisions.

Sometimes, people refer to these laws as “ban the box” laws. This refers to a checkbox about whether or not a candidate has a criminal history that often appears on applications since many of these laws limit an employer’s ability to ask about criminal history until later in the process. By later, this usually means waiting until the interview stage at least.

In general, the purpose of these laws is to give those who have been previously incarcerated a better chance at getting the work they need. People need work to survive and thrive after imprisonment.

How do fair chance hiring laws work for employers?

While every fair chance law is different, there are a few common features that many of them share. These include:

What states and cities have fair chance hiring laws?

According to the National Employment Law Project (NELP), there are roughly 37 states and more than 150 cities and counties that have adopted fair chance hiring laws.

On the federal level, President Obama directed federal agencies to limit asking about a candidate’s criminal record until later phases of the hiring process.

In 2019, the Fair Chance to Compete for Jobs Act of 2019 became national law under the National Defense Authorization Act. This move, which went into effect last year, prohibits most federal agencies and their contractors from asking about criminal records until a conditional offer of employment.

What are the benefits of fair chance laws?

As Margie Lee-Johnson explains in the Harvard Business Review, “fair chance hiring is based on the premise that everyone, regardless of background, has the right to be fairly assessed for a role they are qualified for. The fact that Black people are more likely to face arrest and criminal charges — Black men are incarcerated at more than five times the rate of white men — means that they are more likely to be barred from entering the workforce because of a criminal record.”

This, she explains, means that employers have an opportunity to make a major difference. “Business leaders in particular have an opportunity right now to help address some of the cracks in America’s social system, while also building more equitable, diverse, and overall stronger workplaces.”

By putting in extra effort to not just hire people despite their criminal history, but to actively recruit from this population of people who have been largely not able to join the workforce, businesses can advance racial justice in a meaningful way.

How do I make sure I’m following fair chance laws?

If you’re in a state, county, or city with fair chance laws on the books, it can be fairly simple. Have a look over the law and make sure you’re following everything that the law outlines.

This is a good time to consult with HR professionals and your legal team. That way, you can ensure you’re understanding everything correctly.

Then, revamp your hiring process in accordance with the law. If you’re using outdated application paperwork with a criminal history checkbox on it, you’ll either need to get new applications or remove that part from your existing applications.

Then, train everyone involved with your company’s hiring process. They need to know exactly when they can (and cannot) ask about a candidate’s criminal history.

How do I implement fair chance hiring practices at my business?

As Lee explains in her Harvard Business Review piece, there are concrete steps that employers can take to implement fair chance hiring practices without an overarching law in place. These include:

Assessing the candidate, not their criminal history

Focus on whether or not the person in front of you is qualified to do the job you’re hiring for. If you’re doing it right, there will be other candidates in the pipeline should a relevant criminal history take a candidate out of the running down the line. Don’t worry about it until you’re getting ready to make an offer.

Get clear about how fair chance hiring can impact your diversity, equity, and inclusion goals. Identify roles that could be particularly good fits for those with criminal records. How will you measure and track the success of your fair chance hiring efforts?

There are plenty of nonprofit organizations and groups around the country that work to support people who were previously incarcerated. These entities are excellent partners when it comes to implementing and making the most of fair chance hiring practices.

Focusing on skills and potential

Should you get to the point of the hiring process where a candidate’s criminal record comes into play, it’s critical to only assess their history insofar as it relates to the specific role they’re applying for.

If their criminal record is financial in nature but the role doesn’t involve access to company spending or money, then how much does it matter?

The benefits outweigh the costs and challenges

Implementing fair chance hiring practices can be a change, and any change can be daunting. But, chances are, the benefits to both the people in your talent pool and your business far outweigh the costs and challenges. 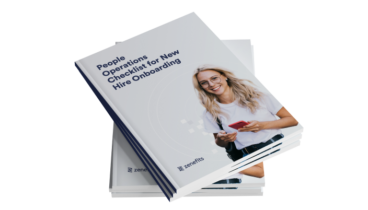