How Should Employers Handle Controversy Over Office Romances?

When office relationships sour, the fallout may be costlier for small businesses. Read this guide to find out what you need to know.

A romance between 2 high-profile TV anchors at the same network recently stirred up controversy.

Their employer took the pair off the air when the public caught on to the relationship, which by then was months old and reportedly not surprising to the couple’s coworkers. Complicating the issue was the assumption that both anchors had spouses during their affair.

Up for debate is whether the employer did the right thing. Should it have suspended the anchors? Some people think it should have fired the anchors.

Others think the employer should have minded its own business (MIOB) in a case involving 2 consenting adults.

Employers have policies on office romances for good reason. But they also know that policies won’t stop romantic liaisons between coworkers from happening.

For small businesses (SMBs), the stakes can be higher. Romances between coworkers may be harder to hide in small companies than large ones. And when relationships sour, the fallout may be costlier for SMBs.

Studies show that more workers get romantically involved with each other than employers realize. In fact, research shows that office romances are common.

Three-quarters of employees in a new study by LiveCareer admitted having a romantic relationship with a coworker. The study of 1,100+ American workers, “Pros and Cons of Relationships at Work,” also found that:

But despite the large number of respondents who admitted having a romantic relationship with a colleague and the same number who find these liaisons acceptable, an even greater number — 80% — said they would consider changing jobs if they began a romantic involvement with a coworker.

Employers may be surprised to learn that office romances could force employees off their payrolls. Another study shows that there’s more about workplace love affairs that employers don’t know.

Only 1/3 of employees in a 2022 study by the Society for Human Resource Management (SHRM) claim to be or have been in an office romance.

However, like the LiveCareer study, 75% of respondents in the SHRM study found nothing wrong with love affairs between coworkers.

The SHRM study also found that:

The SHRM study also revealed that employers are largely unaware of romances at work.

Most workers (77%) said their employer doesn’t require them to unveil their office love affairs. The same percentage said they don’t voluntarily disclose their romantic relationships to their employer.

The SHRM study also revealed that employers are largely unaware of romances at work.

Do employers have to know about an office romance? If relationships are kept “under wraps,” is there ever a problem for employers to worry about?

Employment experts say yes and that employers need policies on office romances to avert the risks these relationships pose to the workplace.

The workplace is a key hookup spot for couples

There’s no law or policy that can stop employees from getting romantically involved. In a series of reports, How Couples Meet and Stay Together, by Stamford University, work is where most people find their partners or future spouses.

The office as a meeting spot is followed by schools, bars, or night clubs. Other meeting spots include private parties, church, and personal ads or dating services.

Some sources, like shemazing.net, claim that only 1 in 10 couples meet at work. Other sources set that number at between 11% and 13%.

Office romances often come with legal and other serious consequences for both employers and workers.

The Knot, a platform for wedding planning and relationship advice, reported that 22% of the 10,000 recently married or engaged couples in a 2019 study had met online.

If a growing number of couples are meeting online instead of at work, that could be good news for employers. The reason? Office romances often come with legal and other serious consequences for both employers and workers.

How are office romances a problem for companies?

Employment and relationship experts advise employers with a hands-off attitude towards office romances to rethink this approach and adopt protective policies for any fallout. Here’s why: office romances can…

Aaron Holt, associate with Cozen O’Connor law firm, explained how power imbalances in office romances can lead to lawsuits in an email interview for Workest.

“Specifically, one person may claim he/she was pressured into the relationship by the other, which is especially problematic if either person has any supervisory authority or responsibility over the other,” said Holt. “There are also post-relationship concerns; what will the work environment and tension in the office be like after the relationship ends? Ideally, both parties would move on with their lives, but there are no guarantees.”

The courts have sided with plaintiffs in office romance cases

For example, the California Supreme Court ruled that favoritism in the workplace caused by a sexual relationship creates a hostile work environment for women when they’re viewed as “sexual playthings” who can only move up in their careers through a “consensual” relationship with a higher-up.

In Medina v. United Christian Evangelistic Association, the court awarded $5 million to the plaintiff, who said that after a church hired him as an assistant, the reverend coerced him into a sexual relationship by threatening his job and making him redo tasks.

In another case, the court awarded $760,000 to the plaintiff, an office manager, whom a physician reportedly had pressured into a romantic relationship. When the affair ended, the plaintiff claimed that his new office romance wanted her fired. The plaintiff testified that the physician set out to make her work environment hostile. The physician did that by routinely criticizing her work and reducing her job responsibilities.

Brian Greenberg, CEO and founder of Insurist, told Workest by email that creating the right kind of work environment is key in dealing with all workplace issues, including office romances.

“A workplace is … where people spend the majority of their time, and as such, it’s important to consider how people might be able to find fulfillment in their work environment,” said Greenberg. “This can be done by creating a positive and healthy atmosphere for all employees, regardless of whether or not they are romantically involved with one another.”

How do policies keep office romances in check?

Since most employees are fine with getting romantically involved with coworkers, should employers with office-romance policies loosen up their rules to reflect more open-minded attitudes?

According to employment experts, not without first considering all the possible risks, legal and otherwise.

Holt said employers must decide what kind of policy is best for their workplace and their tolerance for risk. He also described employers’ various policies.

“Some employers prohibit office relationships altogether, others only prohibit relationships [between those] who are not at the same level (i.e., supervisor/subordinate), and many other employers require the parties to obtain approval from human resources prior to any office romance,” said Holt. “In those situations, it is common to require the parties to ensure [that] their job responsibilities and work do not overlap, which sometimes requires a person to transfer to another department or subdivision.”

Other tactics employers use to lower the risks of office romances include:

Given the outcomes of court cases involving office romances and the number of risks these relationships pose, taking a totally hands-off approach isn’t practical for employers.

However, Holt said that blanket bans on office romances can force couples to carry on their relationship secretly and that, as a result, a partner may not report being sexually harassed.

Policies are blueprints for acceptable conduct

Employers can decide what’s acceptable behavior and what’s not in their policies, and how they’ll enforce the rules they establish.

In the policy’s code of conduct, workers’ unacceptable behavior can include:

As an employment lawyer, Holt has drafted “love contracts” between consenting coworkers. These lay out rules on romance in the workplace.

“These kinds of agreements may include acknowledgements of consent, prohibition of public displays of affection, reminders of each persons’ compliance obligations with sexual harassment laws and policies, as well as commitments to not make any decisions impacting the other person’s employment and to respect either person’s decision to end the relationship,” said Holt.

Employers shouldn’t focus on trying to prevent office romances from happening. Instead, they can adopt an employee dating policy or update their current one as a hedge against any fallout from these relationships.

Valerie Bolden-Barrett is a business writer and content specialist, covering best business practices, human resources and management, public policy, employment law, and workplace issues and trends. She’s a former editor of national business publications at Simon & Schuster and a senior editor at Aspen Publishers. She’s a Temple University alumna, living in Central Connecticut.
Table of Contents
Research shows that office romances are common
Workers keep love affairs from employers
The workplace is a key hookup spot for couples
How are office romances a problem for companies?
The courts have sided with plaintiffs in office romance cases
How do policies keep office romances in check?
Policies are blueprints for acceptable conduct
The takeaway: Adopt a policy or update your current policy 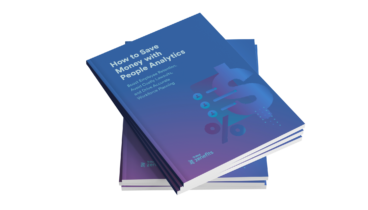