Employers in the Prairie State will face new restrictions on covenants not to compete and non-solicitation agreements starting January 1, 2022.

In what has been described as a “game changing move,” Illinois employers will have to deal with new restrictions on covenants not to compete and non-solicitation agreements starting January 1, 2022.

The changes to the “Freedom to Work Act” extend the prohibition on non-compete agreements to higher wage earners, adds a disclosure requirement for employers, and allows the Illinois Attorney General to impose civil penalties.

The amendments apply to all agreements entered on or after January 1, 2022. Democratic Governor J.B. Pritzker signed the revisions to the Prairie State’s law on covenants not to compete on August 13, 2021.

The Illinois law on covenants not to compete went into effect in 2017.

Employers cannot enter into non-competition agreements with Illinois-based employees who earn less than $75,000 a year.

One of the most significant changes deals with the minimum earnings necessary before such an agreement can come into play. Previously, the “Freedom to Work Act” prohibited employers from entering into non-compete agreements with “low wage workers.” Low-wage workers were previously defined as anyone who earns less than $13.00 per hour.

The amendment deletes the term “low-wage worker” and creates a higher compensation threshold for the imposition of restrictions. Employers cannot enter into non-competition agreements with Illinois-based employees who earn less than $75,000 a year. This salary threshold will increase by $5,000 every 5 years.

Earnings is broadly defined and includes salary, bonuses, commissions, or any other form of taxable compensation.

In order to be valid, non-competition and non-solicitation agreements must meet the following requirements:

The above requirements are not new, according to attorneys at law firm Ford Harrison. They have been part of Illinois court precedent for some time.

The court can reform or eliminate portions of the non-compete agreement that aren’t in compliance. It can do this instead of rejecting the agreement as not being enforceable.

Before entering non-competition or non-solicitation agreements with employees, employers must:

Employers that make the disclosures will be viewed as being in compliance in instances where an employee waives these rights.

The law authorizes the Illinois Attorney General to investigate any instances of a “pattern and practice” prohibited under the statute. The Attorney General can impose a civil penalty of $5,000 per violation or $10,000 for each repeat violation within 5 years.

The revisions to the law allow employees who prevail on their claims to recover all costs and reasonable attorneys’ fees.

The Attorney General can impose a civil penalty of $5,000 per violation or $10,000 for each repeat violation within 5 years.

The statute provides some exclusions. Covenants not to compete are “void and illegal” with individuals:

The law also forbids non-compete and non-solicitation agreements with “any employee who an employer terminates or furloughs or lays off as the result of business circumstances or governmental orders related to the COVID-19 pandemic,” or under circumstances similar to the pandemic.

Previously, Illinois non-solicitation provisions were not subject to a compensation threshold. However, starting January 1, 2022, employers will be prohibited from entering into non-solicitation agreements with Illinois-based employees who earn less than $45,000 a year. This salary threshold will increase to $2,500 every 5 years.

Legal experts at law firm Katten Muchin Rosenman LLP have offered several suggestions for employers who have to deal with the new rules. Among other things, they suggest that employers consider using confidentiality or trade secret agreements instead on covenants not to compete.

The Katten Muchin Rosenman attorneys also suggest that employers consider if the company “has a reasonable nexus to another state that is more conducive to the enforcement of non-compete and non-solicit provisions. If so, confer with counsel about the advisability of utilizing a ‘choice of law’ provision to designate that state as the governing law.”

Attorneys for FordHarrison LLP recommend that employers “consider whether to have current Illinois employees sign new, renewed, and/or updated non-compete and non-solicitation agreements before the end of 2021 to avoid the agreements being subject to the new legal requirements.”

“Of course,” they wrote on the firm’s blog, “any revised agreement in late 2021 will restart the two-year timeclock for continued employment as consideration and that must be considered as well.” 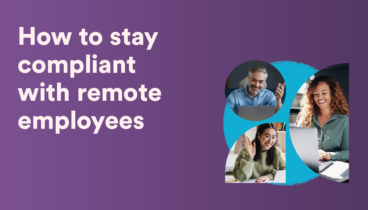