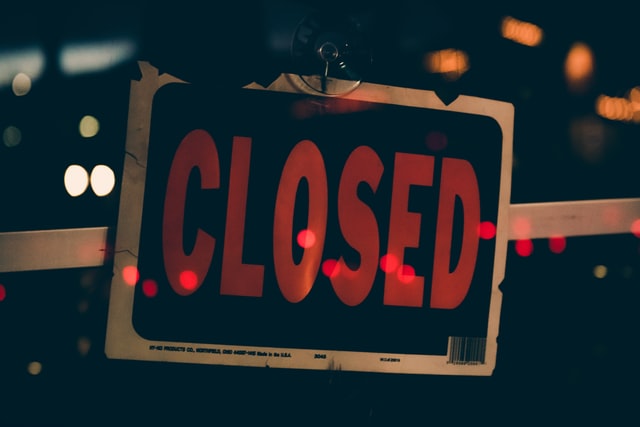 “We will be proceeding with our vote tonight on the updated Heroes Act in order to formalize our proffer to Republicans in the negotiations to address the health and economic catastrophe in our country.”

Treasury Secretary Steve Mnuchin met with Speaker of the House Nancy Pelosi today in a last-ditch effort to reach a compromise before the House adjourns. While they failed to reach a deal, both sides indicated that talks will continue, though the house will vote on their version of the bill tonight.

While the two sides are still reportedly far apart on their priorities and spending, both the Trump Administration and the House of Representatives would like to reach a deal before the election. The Republican-controlled Senate has consistently balked at the price tag of the Democrat’s package, though Mnuchin indicated that the White House may be willing to go as high as $2 trillion.

Closing your business? Do it the right way or pay a price.

“But you can’t just stop operating. That entity is still in existence with the state and if you don’t comply, you’ll get penalized.”

Small business owners, beware. Simply shutting your doors and turning off the lights isn’t enough to make your problems go away. In fact, there are a number of steps SBOs should take to avoid additional costs and penalties when going out of business.

For starters, it’s important to consider your business structure and what you need to do to formalize dissolving your business. A final tax return will also need to be submitted, reporting any gains or losses, in order to avoid paying penalties later on down the road.

“Activity in the construction industry has also been a bright spot. Even with hiring levels remaining flat on the national level for many small businesses, when monitoring the number of employees being paid, steady growth is being seen, indicating that small businesses are bringing existing employees back to work.”

Two new reports indicate that U.S. SMBs continue to recover, albeit with small gains. The reports show that private sector jobs increased by 749,000 in September, with the trade, transportation, manufacturing and healthcare sectors leading the way.

The breakdown shows that companies with more than 500 employees are responsible for approximately 40% of the new jobs, while mid sized firms with 50 to 499 employees filled 259,000 positions and small businesses took on an additional 192,000 workers.

Update your employee handbook in minutes