The state of Washington passed a salary history ban. Learn how it impacts employers in Washington state starting Juy 28, 2019. 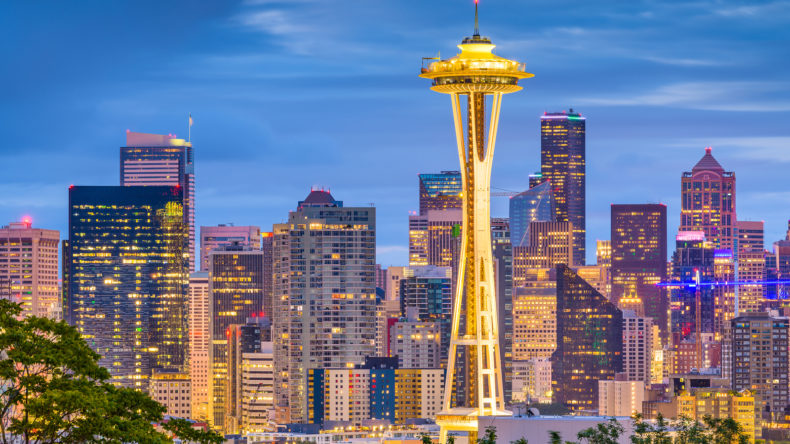 Washington state employers will not be allowed to ask job applicants for their salary history as of July 28, 2019. The Evergreen state is the 17th state to put some type of salary history ban in place. The ban is aimed at eliminating the longstanding gap in wages between men and women.

Women on average made 80 cents for every dollar their male counterparts made in 2017, according to a study by the American Association of University Women. The Seattle Times reported in 2018 that women in Washington state made 78 cents per dollar of men’s earnings.

The Washington legislature noted in the bill, that “the legislature intends to follow multiple other states and take the additional step towards gender equality by prohibiting an employer from seeking the wage or salary history of an applicant for employment in certain circumstances.”

All employers are affected.

An employer may not:

In addition, employers with 15 or more employees, must provide the minimum salary for a position after extending a job offer to an applicant upon the applicant’s request. Such employers must also provide the wage scale or salary range for a position when requested to do so by a current employee who has been offered an internal transfer or a promotion. If no such pay scale exists, then the employer must provide the minimum wage or salary expectation that was set by the employer before posting the position.

So, the salary history ban applies to all employers but the requirement to disclose a minimum salary only applies to employers with 15 or more employees.

Some speculate that the Washington law allows employers to discuss salary expectations but such a move should be discussed with legal counsel. Many companies have chosen to eliminate requesting salary history during the application process, electing to publish the salary range for open positions.

The new Washington state law allows individuals to bring a private right of action for actual or statutory damages up to $5,000, interest, costs and attorneys’ fees. The court may also order reinstatement and injunctive relief.

The state’s Department of Labor and Industries has authority to investigate and enforce claims.

This isn’t the first time in recent times that Washington lawmakers have made changes to the state’s laws on equal pay.

The Washington state pay equity law was amended last year. Originally put on the book in 1943, it made wage discrimination based on gender a misdemeanor. The 2018 amendment prohibited employers from justifying differences in pay by pointing to differences in prior salary. Now, employers are not allowed to collect that information.

Salary history bans are increasingly common and are now in place in some form in 17 states, including Washington state, Oregon and California, as well as 14 local jurisdictions. Some of the bans only apply to government employers.

The bans generally prohibit employers from requesting salary history information from job applicants. Some bans go even further and forbid employers from relying on prior pay history when determining compensation even if the information has been volunteered or discovered during the hiring process. Proponents of the bans argue that employer use of prior salary history perpetuates wage inequities for women and minorities and perpetuates lower pay for workers who have had a lower paying job in their past.

Kansas City, Missouri passed a salary history ban in June. The ordinance specifies where salary history inquiries are banned throughout the hiring process. Employers may not ask for salary history on any forms of applications for employment, either oral, written or online; screen candidates for interview or potential employment based on their past salary history, or refuse to hire a candidate or retaliate against them in another way if they do not disclose their salary history.

Salary history bans are also under consideration in several other states.

But there’s been a backlash. In employer-friendly moves, Michigan and Wisconsin lawmakers recently passed laws that “banned the bans.” In June 2018, Michigan passed a law forbidding local governments from regulating the information that employers can require, request or exclude on job applications or during the hiring process that went into effect in January 2019. In April of 2018, Wisconsin passed a similar law, stating local governments could not pass legislation that prohibited employers from asking about salary history.

There is no nationwide salary history ban in effect; however, Capitol Hill lawmakers are considering a bill that would create such a prohibition. “The Paycheck Fairness Act” would, among other things, ban employers from seeking a job candidate’s salary history. The bill was approved on March 27 by the Democratic-controlled U.S. House of Representatives. A companion bill has been introduced in the Republican-controlled U.S. Senate but that bill has yet to be scheduled for subcommittee or committee action.