Which Jobs Are Likely to Become Extinct — and How to Prepare

Find out which roles and sectors are declining in demand in the U.S. — and which could be extinct by 2042.

As widespread layoffs continue to happen across the United States, we decided to take a look at which roles and sectors are dying in America, and which could be extinct by 2042. To do this, we interrogated 10 years worth of employment data from across the U.S.

Our research found that the natural resources and mining industry has seen the largest drop, with the number of workers within the industry falling by a third since 2012. In terms of specific roles, apparel manufacturers are the most likely to be jobless in 20 years time, with 35% less people working in the job than 10 years ago.

Miners and telecommunications workers have experienced the most loss after apparel manufacturers, with drops of 27% and 22%.

Religious/civic services and manufacturing have also taken a massive hit, finishing 2nd and 3rd on the list of industries with the lowest growth rates, with increases of just 4% and 7%, respectively.

The findings come following a mass layoff of workers within the tech sector, with 38,000 tech workers losing their jobs in 2022 so far. Tech giants including Netflix, Robinhood, and Groupon are among a list of dozens of others to have laid off workers this year.

Which industries are most likely to become extinct in the United States?

The 10 industries that are dying in the United States, and the percentage change in workers since 2012, are:

Which jobs are most likely to become extinct in the United States?

The 10 job roles most likely to be extinct by 2042, and the percentage change in workers over the last decade, are:

How research was conducted

To conduct the research, we interrogated data from the Bureau of Labor Statistics, tracking employee numbers in 10 of the biggest industries in America, and the most common roles within each. Using this data, we made a prediction for the jobs and industries which will be extinct by 2042.

Looking at which sectors had the most total job openings, we found that:

In total across the 10 sectors, there are currently 10,171,000 available jobs across the United States.

Construction has seen the biggest rise in job openings since 2012, with an increase of 343% since 2012. Leisure/hospitality, and trade, transportation, and utilities were 2nd and 3rd for changes in the number of available jobs in the last 10 years, with each industry seeing increases of 246% and 223%, respectively.

The constantly evolving economic landscape in the U.S. also leads to continuous changes within the American workforce. Certain factors — such as automation and sustainability — can lead to reduced need for some industries and job roles.

Nadene Evans of Zenefits said, “As a brand which is firmly planted in the HR and employment space, we’re constantly looking for changes in trends across all facets of work life. That’s why we decided to look into the industries and job roles which may be going extinct in the coming years, to help shine a light on some of America’s dying sectors.”

She added: “It was interesting to see natural resources and mining take such a big hit since 2012 — obviously with the push towards sustainability and net-zero, I expected to see a drop in that sector, but a third is a massive chunk of the industry’s workforce.”

To learn how to bring your workforce into the future, try out the Zenefits platform — which allows you to streamline onboarding, benefits, payroll, PTO, and more. 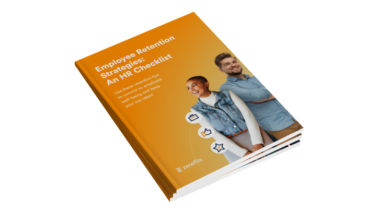