Why You Need to Be Aware of the Tuckman Model

What is the Tuckman model, how many stages does it have, and how can managers lead their teams through it? Find out, here.

The most natural progression of a team’s performance and dynamics will be reflected through the Tuckman model. It’s helpful for managers to know about it so that they can manage their teams through all the stages.

But what’s the Tuckman model, how many stages does it have, and how can you lead your team through it? All of these questions and many more will be answered in this article. We’ll start by explaining what the Tuckman model is.

What is the Tuckman model and how does it pertain to teams?

The Tuckman model is simply a team dynamics model. It was developed by Bruce Tuckman back in 1965. The initial model determined that there are 4 stages that every team can go through:

The popularity of the model pushed Tuckman to pursue more research regarding the model. So, 10 years later, he found one more stage that was added to the model. The last stage was named the adjourning stage.

The Tuckman model explains how team dynamics work. This includes everything from the initial stage all the way to disbanding the team later on.

The Tuckman model explains how team dynamics work. This includes everything from the initial stage all the way to disbanding the team later on.

Not every team goes through all of the stages. Some teams never make it to norming and performing stages, but we’re getting ahead of ourselves.

Let’s take a look at every stage in detail to see how they work and function.

Forming is the 1st (initial) stage of the Tuckman model. In the forming stage, as the name says, the team has just been formed. In this stage, the team members and the team leader are just getting to know each other.

This stage is crucial because this is where the team dynamics form. In this stage, the employees are still testing out the waters.

Everyone still has a facade on and they’re trying to put their best foot forward. The manager, along with the team, establishes ground rules on how the team will function.

During this stage, everyone in the team is learning how the entirety of the team functions. Alongside that, they’re also learning how each individual team member functions.

In this stage, team members will (unconsciously) test the ground rules set by the team and the leader. They will see if the feedback mechanisms will work, if the rewards will be there, and how severe the punishments will be.

These things will start impacting the performance of the team and then the team will enter the storming stage.

Storming is the 2nd stage in the Tuckman model. This is the stage in which the teams either become stronger or fall apart.

In the previous stage, the team dynamics started to cause problems in the team’s functionality. This started to impact team relationships and productivity negatively.

In this stage, team members can no longer hide their character, personality, or habits. Every team member starts behaving as they normally do, with all their strengths and weaknesses.

So, normally, this starts creating a lot of friction in the team and the pressure keeps building up.

This is where the team leader needs to react empathetically and strongly. They will have to talk about the problems in the team openly.

For some, that would mean sitting down in a 1-on-1 meeting with every single team member. For others, that would be organizing a long team meeting where they would go over all the problems.

No matter what the case is, the role of the leader is to bring to the surface all the problems that are boiling underneath it. If the team leader doesn’t do that, they risk the team falling apart before they even become a strong and productive team.

The team dynamics were damaged in the storming stage and now they’re getting rebuilt.

The team members went through a crucible with their colleagues and now they’re becoming stronger than ever. There’s a new sense of camaraderie in the team and the petty problems have been pushed to the side.

The team manager is slowly starting to push the focus away from problems to the team’s goals and objectives. And the team members are following that lead, learning how to work together as a team. They’re finally focusing on the objectives and are starting to tackle their goals as 1 joint unit.

The performing stage in the Tuckman model is the stage where the teams just hit it off. Every single member goes into full productivity mode. They already know how to work with their team members and how to play off each other’s strengths.

In this stage, the team leader is taking more of a coaching role for the team members. It’s no longer about providing clear directions to the teams.

The team members already know what they need to do and how they need to do it. It’s about providing the most autonomy to the employees and moving away from their path so that they work on the objectives.

A great manager will lead from behind at this stage, providing emotional support to their members. This stage will provide the biggest return on investment for all teams and the entire organization. This stage is where legendary tasks, goals, and objectives get done.

The last stage in the Tuckman model is the adjourning stage. Tuckman found this only after extended research on his initial model. The reason is that not all teams had this adjourning phase.

A lot of teams crumbled in the storming stage and didn’t have the adjourning stage. And then, there were teams that went on for so long in the performing stage that they still didn’t reach adjourning.

This stage is about the emotional, professional, personal, and career payoff for all the hard work the team put in during their tenure.

In this stage, the leader will reward their team members in the proper way for their service. For some, that would be a career progression.

For others, that would be a proper send-off to retirement. Or the emotional satisfaction of working for a great team that was overcoming hardships and the satisfaction of reaching its goals.

The Tuckman model — old, but gold for your workplace

Even though the Tuckman model is more than 50 years old, it still holds true. No manager should ever ignore the model just because it’s old.

It still works today and you should take notice of your team. See which stage your team is at and act accordingly.

If you’d like more information regarding team management, check out this post: Developing Leaders: How to Help Employees Transition to Management. 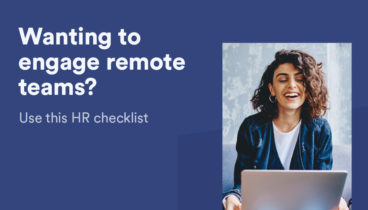