Here’s how an Illinois employer incorrectly classified a worker as an independent contractor — and how employers should carefully examine appropriate tests to determine how to classify a worker. Misclassification is a hot-button issue for employers and regulators, especially in the era of the gig economy. An Illinois employer seemed to do many of the things necessary to classify a worker as an independent contractor. But a state appeals court didn’t agree, and ruled that the worker was an employee.

The Illinois Court of Appeals said the nature of the arrangement — not the parties’ intention — determined whether the worker qualified as an employee under state law.

An Illinois employer seemed to do many of the things necessary to classify a worker as an independent contractor. But a state appeals court didn’t agree.

Approached by a startup

The plaintiff, Dennis J. O’Malley, was approached to join a startup, International Asset Transactions LLC (IAT). IAT was developing an independent channel for asset-backed commercial paper. The plaintiff had experience working in the Chicago office of an international bank, and he accepted the job offer after meeting with IAT’s president and CEO at the fledging company’s New York headquarters.

O’Malley agreed to $1,000 a day plus expenses. He would convert to full-time employee status when the company was fully funded. The engagement letter confirming the terms of the agreement referred to the plaintiff as a “consultant.” He submitted invoices for payment and was sent 1099 tax forms, and worked from his Evanston home. O’Malley travelled to marketing events for IAT where he was introduced as a company manager. He was allowed to accept other work.

He sued under the state’s Wage Claim Act (Wage Act), alleging that some invoices weren’t paid. Damages allowed under the Wage Act are more extensive than those available in a contract claim.

The Illinois Wage Act defines an employee as “any individual permitted to work by an employer in an occupation.” However, workers are independent contractors if they meet all 3 of the following criteria:

The Court of Appeals, however, reversed. The court said “a plaintiff’s status under the Wage Act is not controlled by how the parties referred to themselves in their agreement.”

The first requirement under the statute — lack of control — wasn’t an issue. The plaintiff was free from control and direction of his work during the relationship, the appeals court said.

“There is no evidence that the plaintiff was supervised in any way or given direction over his work. There were periods of several years where the plaintiff talked with [the company’s president and CEO] many times per week about his services and the prospects for investment and there is no evidence that he was directed or controlled about how to do these things,” the court continued.

Outside the usual course of business

In finding the plaintiff was an employee, the appeals court focused on the 2nd requirement. It explained that neither of the following options was met:

The work performed by an independent contractor has to be outside the usual course of business. The plaintiff was developing a financial product that was the primary business of the company and was soliciting investors for that product, the court said. As a result, the work he did was essential to the business, not outside the usual course of business.

Outside the company’s places of business

The court said the company also failed to show that the plaintiff did work outside the employer’s places of business.

An employer’s place of business can extend to any location where workers regularly represent an employer’s interest, the appeals court explained. “Any location where plaintiff performed necessary work for IAT and was represented to others as an employee of IAT is IAT’s place of business for purposes of [the law’s second criteria],” the court said.

The plaintiff did presentations at company roadshows where he was introduced as a managing director of the company. The roadshows qualified as part of the employer’s places of business.

An independently established profession or business

The lawsuit failed at the 2nd requirement, the court said. As a result, the 3rd requirement didn’t have to be considered.

The case illustrates that personal preference and an independent contractor agreement do not always dictate worker classification.

The case illustrates that personal preference and an independent contractor agreement do not always dictate worker classification.

Different regulators use different tests. Employers should carefully examine the appropriate test to determine how a worker will be classified. In this instance, all 3 of the criteria had to apply. If not, then a worker should be classified as an employee. Most of the tests consider how much control the employer exercises over working conditions. The more control an employer exercises over a worker, the more likely it is that the worker will be viewed as an employee.

The plaintiff’s attorneys did not return a call for comment. 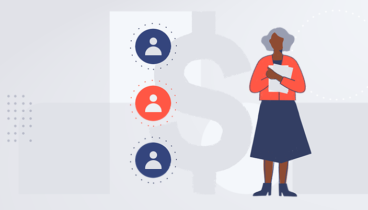