Learn about the characteristic differences of each generation in the workplace. 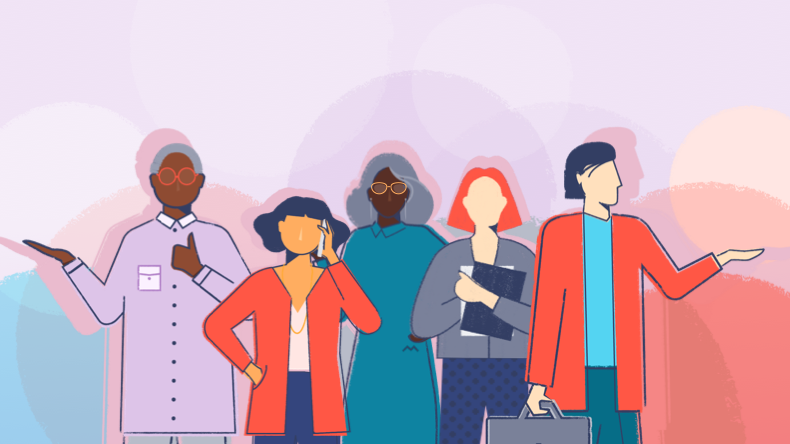 4 generations, 1 workforce. Understand who's who in the workplace.

You may have heard of Millennials, Gen X, Gen Y, and Gen Z and wondered “who’s who?” ⁠— particularly in the workplace.

While it can be tough to define each generation in terms of characteristics, concrete demographics, and the likes, you can get a general idea of who belongs to which generation, which we’ll explore below.

Who is Generation Z?

You may have heard of Generation Z — they’re the generation that comes after Millennials. Pew Research classifies anyone born after 1996 as Gen Z, but a new generation is beginning to form. Generation Alpha is roughly composed of everyone born in 2010 and after. While they’re still nowhere near the workforce, it’s not a bad idea to get acquainted with the term that will only be used more and more as Gen Alpha ages.

When it comes to the working world, according to even more Pew Research, Gen Zers represent the smallest, but fastest growing, sector of the American workforce. There are roughly 9 million working Gen Zers comprising 5% of the total working population. Of note, Gen Z is the most racially and ethnically diverse generation in U.S. history.

Who are Millennials (aka Gen Y)?

The textbook definition of Millennials ⁠— also known as Generation Y ⁠— is anyone born after 1981. They’re referred to as “Millennials” because they’re the first generation to come of age in the new millennium — the 2000s.

Some may speculate that the true Millennial was born in the late ’80s and early ’90s, where their peak childhood was in the early 2000s, therefore having been greatly influenced by the boom of technology.

A few data points about Millennials that are important to note:

Who are Generation X?

Generation X is the generation that precedes Millennials but comes after Baby Boomers. Gen X is the cohort born between the early-to-mid 1960s to the early 1980s.

They’re not quite Baby Boomers because they weren’t born immediately following the war, nor are they Millennials as their childhood exposure to modern technology was still relatively limited.

They’re defined as having come of age in the late 1980s, early 1990s and there are roughly 53 million Gen Xers in the modern workforce.

Who are Baby Boomers?

“Baby Boomers” are anyone born between 1946 and 1964. Their generational nickname was coined because of their large populace, attributed to the boom of post-war births in the mid-century. As of 2017, Boomers still made up 41% of the U.S. workforce.

In regard to Baby Boomers, Pew Research notes that Boomers:

It comes as no shock that each generation comes with their own body of stereotypes — especially Baby Boomers and Millennials.

Perhaps the most common Millennials stereotypes are that they’re lazy because 52% of them are living at home despite that number being driven by the pandemic. Another assumption is that they’re slower to adopt a career, home life, and all the other traditional fixings valued by Baby Boomers. They’re also commonly seen as entitled, as stereotypes derived from their will to speak out against injustice and their will to change the future for the better.

Common stereotypes regarding Baby Boomers is that they’re fear-driven, which experts believe could be due to having childhoods so close to the war era. They’re also commonly referred to as “stubborn” and resistant to any sort of change. It’s believed that this is due to the emergence of technology disrupting their well-established lifestyles.

Regardless of their stereotypes, as workers, they’re relatively the same.

Pew Research reports that despite a reputation for job-hopping, Millennial workers are just as likely to stick with their employers as Gen X workers were when they were the same age.

However, things have begun to change in recent years. As the oldest of the Millennial generation began turning 40 this year, thanks to Boomer CEOs who stay in work longer and the elimination of middle management, Millennials have begun to fulfill their job-hopping stereotype after all, seeing it as their primary option for career advancement.

In terms of entering the workforce, the unemployment rate was especially high for America’s youngest adults in the years just after the Great Recession. Then came the pandemic.

According to CNBC poll, 59% of older millennials have had their income impacted by the pandemic. Out of the 1,000 respondents between the ages of 33 and 40, 23% have had their hours reduced, 15% had wages reduced, and 11% were laid off. Fifteen percent found themselves working more hours than before.

Table of Contents
Who is Generation Z?
Who are Millennials (aka Gen Y)?
Who are Generation X?
Who are Baby Boomers?
Millennial and Boomer stereotypes