How Much Should Organizations Raise Wages to Combat Inflation?

Most companies realize the need to give employees a raise, but how much is enough? Where do organizations draw the line? Learn more here.

Inflation continues to dominate the conversation in the boardroom and around the American dinner table. While the overall trend is slowing, it certainly hasn’t reversed. That means U.S. citizens are paying far more for everything today than they have in the last 40 years, from gasoline to milk and eggs.

Inflation hit the American worker in their bank account, but it doesn’t end there. More workers are demanding their employers increase wages to combat inflation.

Do employees truly need a raise to combat inflation?

First, the holdouts among today’s employers need to understand 1 thing: giving employees a pay raise is not just a good idea, it’s essential for organizations that want to retain key talent and build an image of being a top employer. Usually, the argument against raises is based on the idea that giving employees more money will only worsen inflation.

Giving employees a pay raise is not just a good idea, it’s essential for organizations that want to retain key talent and build an image of being a top employer.

That’s untrue. Writing for The Conversation, authors Muhammad Ali Nasir and David Spencer (both professors of economics at the University of Leeds) point out, “The notion that wage increases lead directly to an increase in inflation does not always hold. The current high inflation rate is largely caused by factors that are not connected to pay levels, so will not be solved by restraining wages. Secondly, a restriction on real wages is likely to bring forward the prospect of a recession.”

In their expert view, employers refusing to give raises to combat inflation are not only doing their employees a massive disservice but are actively worsening the global economic situation.

Another reason organizations should give raises

Here’s another reason that organizations should at least attempt to give raises that keep up with inflation — without that assistance, employees will not be able to afford as much. Even with an average salary increase of 3.4% since 2021, that still comes to less than half the inflation rate.

Put another way, even with such a raise, employees are still earning less and when their ability to pay their bills and put food on the table is threatened, they will begin to look elsewhere for employment.

Even Forbes, that bastion of conservative business thought, points out that raises are trailing inflation in 2022 and it might not be a good thing.

In an article from early 2022, contributor John M. Bremen points out that even though the Consumer Price Index had climbed by 7.9% (9.1% by June) and unemployment was near historic lows, a survey of US companies found that employers were only budgeting for pay increases of 3.4%, which was a 21% difference when compared to inflation.

Of course, none of that answers the core question here. Do employees truly need a raise to combat inflation?

The answer is a resounding “yes.” Amidst rising inflation, employers are raking in record profits, while only offering a pittance to employees. Most raises do employees no good at all. After all, it’s impossible to make ends meet when the average pay raise is 3.4%, but inflation is 21% higher.

There is good news, though. Many organizations worry about their team’s ability to maintain their standard of living. According to SHRM, 87% of the organizations contacted to complete a survey indicated concern about inflation and its impact on their teams.

So, the question isn’t so much whether employees need a raise as it is how much of a raise is necessary to combat inflation.

How much should raises for workers be, though?

At first blush, combating inflation requires a raise that mirrors the curve. Inflation in the U.S. hit a record 9.1% in June 2022. Does that mean employers need to give raises that match?

Not really. CNBC points out that while many firms initially planned to offer raises of around 3.4% for 2022, the inflation conundrum changed their plans. In a survey, the news outlet found that many organizations had decided to offer raises of 4.2% initially, but as inflation continued to rise, over 50% of survey respondents increased their raises to 5.2%, while another 25% reported they would increase pay more than 6%.

Is 5% or 6% enough? Maybe but maybe not. It is significantly more than what employers have historically offered, but it still trails inflation by a significant margin.

Add to that the fact that most employers still struggle to find and retain talent in the wake of the Great Resignation, and there is an argument for offering even higher pay rates.

Consider the value of other benefits, as well

Organizations should not discount the value of other benefits, though. Take-home pay is the largest single driver when it comes to attracting employees and retaining talent, but it is far from the only 1.

Company culture, benefits like unlimited vacation, a focus on holistic health, and a willingness to help employees improve their physical, mental, and emotional well-being through paid time off, are just a few of the benefits that can make employment with a particular firm more attractive.

Employers will need to work diligently to find a combination of pay increases and benefits that work for their current employees, to attract and retain key talent.

Add to that the challenge of doing so in an ultra-competitive environment where applicants hold most of the power and organizations of all sizes and in all industries are struggling to fill critical openings.

Many factors play into an organization’s decision

In the end, there is no one-size-fits-all approach to structuring raises and dealing with global inflation. Many factors play into an organization’s decision, including its size, its profitability, future earnings predictions, the benefits currently offered, and more.

Very large companies like ExxonMobil and Apple should certainly consider giving raises commensurate with inflation — 6% or more. Alternatively, they may consider giving employees a 1-time share of profits. ExxonMobil gave its employees a 3% share of profits as a 1-time bonus to help combat inflation. Microsoft is doubling its budget for merit-based raises.

Another strategy, and 1 that offers significant flexibility amidst the hope that inflation might soon loosen, is giving 2 raises in a year. Offering 2 salary adjustments gives employees a financial boost, plus the promise of more to come. It gives organizations the flexibility to account for rapidly changing financial situations, as well.

If inflation continues, employers can account for that with a 2nd raise. However, if the financial outlook improves and inflation declines, employers may be able to offer a lower amount.

Questions for employers to ask themselves about raises

Finally, employers need to look at the bigger picture and answer some basic questions:

Each organization must chart its course forward. Larger pay raises are important, but there’s no single solution that will work for everyone. 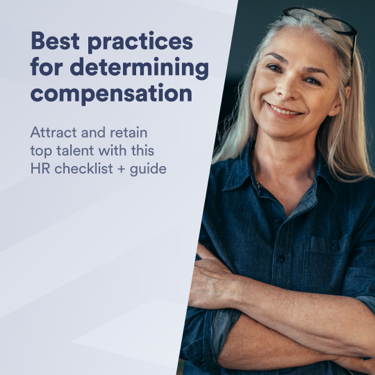 Table of Contents
Do employees truly need a raise to combat inflation?
Another reason organizations should give raises
The question isn’t “if” but “how much” of a raise workers need
How much should raises for workers be, though?
Consider the value of other benefits, as well
Many factors play into an organization’s decision
Questions for employers to ask themselves about raises