What Are Team Dynamics and Why Do They Matter?

How can you create great teams at your company and fix the dysfunctional ones? Here’s a crash course on team dynamics and why they matter.

Who hasn’t been a part of a dysfunctional team at some point or another in their career? Whether it’s the people on the team with you, the manager who’s leading it, or the company as a whole, dysfunctional teams are an absolute drain.

Not only are they a drain on the energy of the people in them and around them, they’re a drain on productivity, too.

At the same time, whether it’s been at work or sport, we’ve all been a part of really effective teams, too. What makes a good team? That’s a little different for everyone, but it’s likely that most great teams support the people who comprise them. Not only do they support them, but they make them feel supported, too.

There’s a whole lot that goes into making great teams and fixing dysfunctional ones. Any team’s leaders will have a major impact, but it takes more than just stellar leadership.

Of course, the people on the team matter too. But even if you have great individual team members, it won’t do you much good if they don’t work well together.

Enter team dynamics. When it comes to crafting great teams, they’re very likely to be involved somewhere along the line.

What are team dynamics, you wonder? Maybe you get how team dynamics work and matter on a football team but don’t quite see the connection to work. Maybe you totally get that team dynamics matter but have no idea how to harness them.

Here’s a crash course on team dynamics and why they matter.

Understanding the difference between a work group and a team

As re:Work explains, not all groups of people doing work together are necessarily a team. Teams are interdependent groups. It helps to think of sports teams here.

Any random group of people on a field with a ball can’t just win a soccer game. True teams are comprised of individuals with defined positions that influence and support each other. They have practiced ways of working together. They need each other to accomplish their goals.

A work group, on the other hand, features much less interdependence. Think of professional work groups that are essentially a convening of leading experts in a given field or set of related fields.

They might come together for some kind of purpose, but they’re more a group of individuals who are working together than they are a practiced and unified team.

Thus, team dynamics are specific to teams. Naturally, working groups can come up with a certain way of relating to each other as well, but it’s not the same as a team dynamic.

Unlike the customs that work groups might devise, team dynamics are chiefly characterized by time and effort. Team dynamics come together over time, often through a process of trial and error and lots of practice.

When we talk about team dynamics, we’re talking about the specific way that teams work together.

Taking a page out of Google’s book regarding teams

In the early 2010s, Google set out to construct the perfect team as the New York Times Magazine cataloged. The tech giant dropped millions upon millions of dollars on the effort that’s measured many facets of the lives of its employees.

Their People Ops department dissected information on things like how frequently people eat together and the traits that the company’s best managers shared.

Across the company’s deep research that included dissecting hundreds of studies to uncover why some teams thrived while others floundered, they kept coming back to one thing in the realms of psychology and sociology: group norms.

As Charles Duhigg wrote in the magazine, “norms are traditions, behavioral standards and unwritten rules that govern how we function when we gather.”

But that doesn’t mean that each team’s norms are the same. Where one team might prioritize consensus, another might loathe the idea of groupthink. “Norms can be unspoken or openly acknowledged,” Duhigg writes, “but their influence is often profound.”

Whatever a team’s norms were, Google discovered 2 traits that the most successful ones shared. The first is that all members of a given team speak for roughly the same proportion of time throughout the day. Everyone talks and gets the chance to talk.

As re:Work notes, there are a few elements, largely drawing from the discoveries of Google, that go into successful team dynamics. While what works will vary from team to team and company to company, here’s a list of what you can start looking at:

No one can be their best selves or do their best work if they feel threatened. First, team members have to be and feel safe to simply be who they are.

This is why fostering an inclusive company culture that prizes diversity and equity is important. These are the underpinnings of a business that supports people as they are.

Fostering an inclusive company culture that prizes diversity and equity is important.

Once this foundation is laid, it’s critical that teams allow their members to be vulnerable in front of each other. This vulnerability is what lets people toss out new ideas, question what doesn’t seem to be working, and generally evolve.

High-functioning teams can rely on each other. This can mean a number of things. It can mean that team members support each other and help team members when they’re struggling.

It can also mean that team members can rely on each other to meet their responsibilities on time and do so to an acceptable degree of quality.

If you can’t rely on your teammates to carry their own weight, resentment builds and the whole team dynamic begins to crumble.

Having structure and clarity doesn’t mean that there isn’t flexibility. Rather, it means that each person is able to have an accurate and predictable understanding of how things work and how things usually go.

This can touch everything from job responsibilities to the overarching goals of the team and the company they ladder up to.

With a clear structure in place, people don’t have to waste their time trying to figure out what’s going on or how to get things done. Instead, they can just focus on doing their best work in an environment that clearly defines what good work is and looks like.

This one is pretty simple. The work and purpose of a team should be meaningful to its members.

Why else would anyone want to put all of that effort in? Meaning can be defined in all kinds of ways, from money to helping the world. The important part is that the meaning is there.

Finally, the best teams know that their work matters outside of the meaning it holds for them. Not only should the team’s work matter to the overall organization, but each individual’s work should matter to the team they’re on.

The effort to create successful team dynamics is worth it

That’s a lot to digest. Figuring out how to create and harness not just functional, but successful team dynamics isn’t easy.

But the good news is that once they’re in place, you can take your foot off the gas so to speak. Of course, there has to be effort to maintain them, but it’s much smoother sailing once a healthy and productive dynamic is in place. Table of Contents
Understanding the difference between a work group and a team
Taking a page out of Google’s book regarding teams
How can employers foster effective team dynamics?
The effort to create successful team dynamics is worth it 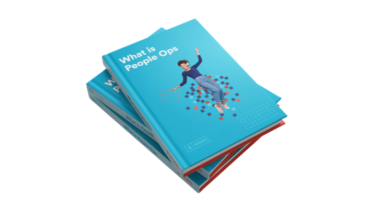