What Is Reddit’s r/antiwork, and Why Does It Matter?

Reddit’s r/antiwork tells horror stories about bad bosses and the rise of antiwork philosophy. But, does it matter?

Want to read about some of the horrible ways companies have treated their employees? A forum on Reddit can provide a few laughs and make you cringe at the way some bosses interact with their workers.

The Reddit r/antiwork community has exposed some horror stories and given rise to the antiwork movement. The pandemic and what’s been dubbed the Great Resignation of 2021 has added fuel to the simmering fire and brought employee complaints to the forefront.

So, let’s talk about why employees are quitting, the rise of the antiwork movement, and why r/anitwork matters. First, we’ll explain a little bit about how Reddit works.

Reddit is a huge collection of forums, each centered on topics known as subreddits. Aggregated together, Reddit is one of the most popular websites in the world — ranking number 11 overall in 2021 and eclipsing sites like LinkedIn and TikTok.

Subreddits can be a free-for-all of comments, memes, and rants. Volunteers work as moderators and users can upvote or downvote posts, which lets users gain or lose karma, which indicates their status on the site.

With so many people quitting and complaining about workplace conditions, the r/antiwork subreddit doubled in size in 2021 and has since doubled again.

The Great Resignation and rise of “antiwork”

The Great Resignation of 2021 continues into 2022 and it doesn’t appear to be slowing down. In the second half of 2021, more than 4 million people quit their jobs every month. In December, more than 4.3 million left their jobs.

The rate of people quitting is the highest it’s been in more than 2 decades.

Why are people quitting in such record numbers? For some, it’s been out of necessity to take care of childcare or other lifestyle issues. For others, it’s about the pay and culture. A 2022 survey of Americans from the Pew Research Center listed these as the top reasons for quitting:

Some also mentioned quitting their job because their employer mandated the COVID-19 vaccine for employees.

When you look at that list, it’s no surprise that many workers are frustrated. Reddit r/antiwork became a place to vent those frustrations and become a home for the rise of the antiwork movement.

r/antiwork is a subreddit that become a place for people to talk about their dissatisfaction with working conditions and their negative experiences. In 2021, the subreddit grew to more than 900,000 followers (which the site calls “idlers”) and now boasts more than 1.8 million.

r/antiwork is a subreddit that become a place for people to talk about their dissatisfaction with working conditions and their negative experiences.

The subreddit proclaims itself as a place for those who:

r/antiwork originally started 7 years ago to promote the idea of abolishing work. More recently, people have used it as a forum to talk about workplace reforms and the poor treatment of workers such as people being pressured to work extra shifts while dealing with the death of a parent, or a worker disciplined for sitting down on the job despite having a doctor’s note.

Groups have also promoted actions, including a consumer boycott of Black Friday and urging people to submit fake applications to flood Kellogg’s after it announced plans to replace striking workers.

In January, a subreddit moderator appeared on FOX News and appeared to struggle to articulate the ideology behind r/antiwork. Group members claimed they were misrepresented and the group briefly went private to deal with mass disruptions on the subreddit.

r/antiwork matters because it brought forward to something many employees have been feeling for years. This undercurrent of dissatisfaction suddenly became mainstream. As the pandemic caused many people to re-evaluate their lives, many realized how unhappy they were with working conditions and said they’d had enough.

As employers continued to struggle to fill open positions, many workers felt they had been able to gain some measure of control over how and where they would work and no longer put up with what they felt was unfair treatment.

Many employers were forced to increase pay, especially for entry-level jobs to attract workers. Overall, wages increased 4.5% in 2021, the fastest wage growth reported since 1983. Many employers also created enhanced benefits packages, reversing a decades-long trend. However, none of these trends have solved the current labor crisis. Currently, there are more than 11 million job openings in the US. alone. If every person listed as unemployed today went to work tomorrow, there would still be more than 6 million jobs left unfilled.

While the antiwork movement can’t take credit for employers making changes, it does give a voice to those unhappy with their working conditions. In a group that large, it’s hard to ascribe any one philosophy. But there is a general acceptance that people focused on working hard and accumulating material wealth have their priorities wrong.

Many of the original r/antiwork community subscribed to a Marxism philosophy, a vision of a society where everyone was treated equally and people no longer had to work but instead could pursue happiness. Most of those joining the conversation in the past 2 years, however, have focused on the need to improve working conditions.

How companies are treating employees

If organizations want to solve turnover, they should take a serious look at how their business operates — starting with workplace culture.

What all of this has done is bring to light how many people feel frustrated with their employers and what they consider poor working conditions. While people generally believe these disputes are about compensation, If you read through r/antiwork, you’ll see it’s more about how companies are treating their employees.

You’ve probably heard this line: “People leave managers, not companies.”  On the subreddit, it’s a message that comes through loud and clear. There are hundreds of posts about bad bosses, toxic work environments, and downright illegal behavior from companies.

If organizations want to solve turnover, they should take a serious look at how their business operates — starting with workplace culture.

A positive workplace culture results in happier employees and employee productivity but seems to be increasingly rare at least according to r/antiwork. A focus on People Ops is essential to attract and retain top performers as workers focus as much on the employee experience at companies as on pay.

So, what should companies do to improve their workplace? Ian Cook analyzed more than 9 million employee records at 4,000 companies. Writing in the Harvard Business Review, he suggested companies take 3 specific steps:

r/antiwork makes for fun — and sometimes shocking — reading. Even the toughest managers will bristle when they hear the horror stories of how people were treated. It can also make you feel better about yourself. No matter how disciplined you are, chances are you’ve never gone this far with your employees. 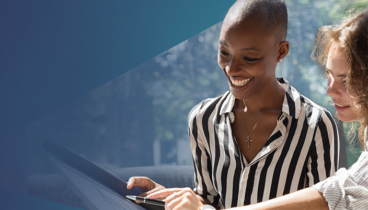